They are popping up all over the city now.  It's been a while since we've heard it, but banks and home builders are saying things are looking better and they are constructing new houses around the greater Kitakyushu area now.  Prices are quite reasonable, also.

One reason is that the economy seems to be getting better, partly due to the resurgence  of the LDP (Liberal Democratic Party) in the Japanese government.  The other party took a lot of the blame and wasn't so effective.  Based on these hopes, companies are seemingly becoming a bit more confident and aggressive.

Another underlying reason for the rush now would be the unfortunately seemingly unavoidable increase of Japan's national consumption tax (sales tax in the USA).  It is currently at five percent, but the government is leaning towards increasing it to ten percent.  Five percent savings is quite an amount, so investors and people buying homes are trying to take advantage of the lower consumption tax while they still can.

The success and aggressive home builders like Arnest One who are manufacturing a large variety of house at quite low rates is also a leading factor in the current boom we see developing.  A new house in Kitakyushu can be had for quite a reasonable price now. 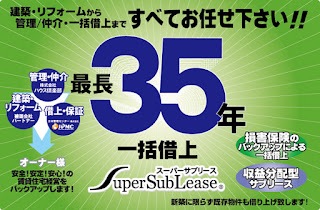 Hopefully the trend will continue and Kitakyushu will enjoy further prosperity.  The current mayor has a good reputation and is working hard to make Kitakyushu a better place for both citizens and businesses.  The last few years have seen good outside investment into Kitakyushu, as well as solid and well planned improvements to the city in general and its infrastructure.

Kitakyushu is also enjoying positive exposure nationally in films.  The Kitakyushu Film Commission, also called "KFC" is apparently finger lickin' good for filmmakers.  A lot of high profile, high budget films have been set in Kitakyushu over the last couple of years.  Good PR for the city, and it brings in some decent money for local businesses and the people of Kitakyushu.

All in all, things are looking good.  Now is probably one of the best times to invest in Kitakyushu real estate or buy a residential property for yourself.  Inquiries in English can be handled by Matt at Mikawa Real Estate.  His contact details are here:
http://www.fudosan-mikawa.com/p/staff.html 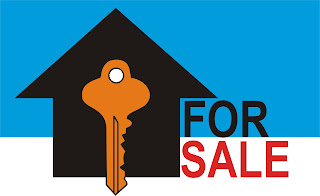 How We Can Help

Whether your company or firm is looking for a highrise building or you are looking for a small condominium to buy and rent out, we can help. Be it a factory or large plot of freehold commercial real estate or a four car parking lot, we will help you make a sound investment in Japanese real estate. Fukuoka and Kitakyushu are fast becoming the investor hotspot of Japan. High R.O.I. and much cheaper prices make it a lucrative investor's market. Our staff can fully assist you with investing in Japanese real estate. Our clients have utilized us in their search for office buildings, condominiums, apartment buildings, hotels, hospitals, shopping malls, factories, plots of commercial land, plots of industrial land, plots of residential land, plots of farm land (lots of land!) and even tiny parking lots and one room studio condos to rent as cheap apartments. In a nutshell, we can help you with everything you need to invest in Japan and lucrative Japanese real estate in the greater Kitakyushu and Fukuoka areas of Kyushu. We look forward to working with you.

www.Fukuoka-Real-Estate.com is a site which will show you how and what Japanese real estate to buy. Fukuoka real estate is about to boom and foreign investors as well as Japanese investors have just now begun picking up on the trend. Tokyo and Osaka are saturated but Fukuoka, Kitakyushu and other cities wihin Fukuoka Prefecture in Kyushu are goldmines waiting to be mined.

Japanese-Real-Estate.COM is a site which will guide you in the right direction regarding investing in Japanese real estate. Whether you wish to invest in real estate in Japan or buy a house for yourelf, they will show you the way. Foreign investors and Japanese investors alike are both beginning to enjoy the ROI to be had by buying Japanese condominiums, houses, buildings, factories, commercial properties, parking lots, and property to rent. Have a look!